Illinois Criminal Defense Lawyer Maureen Williams on TLC and How It Has Helped Mold Her Practice – and Her Successful Verdict.

Illinois Criminal Defense Lawyer Maureen Williams on TLC and How It Has Helped Mold Her Practice – and Her Successful Verdict.
Thank you for talking with me today, Maureen.  I understand you are working to help one of your clients be exonerated.
Yes, he has already made the National Registry of Exonerated Persons!  A public defender wrote a successful appeal after he was in prison for four years.  The first trial was performed by a public defender and then, when he was released on appeal, I was hired as a private attorney.  After trial, there was a hung jury and then after about a year, when we were anticipating a third trial, the prosecutor just dismissed it.
Long story short, my client was originally sentenced to 30 years.  He was out after 4, then the second trial ended with a hung jury.   So we were awaiting the third trial and the prosecutor offered a plea to a misdemeanor.  My client decided he wanted to go to trial so a date was set and about a month before the trial date, the prosecutor gave me an order that the case was dismissed.
That poor guy.  He really is a good kid.  Just a bunch of bad circumstances pinned him, but what a trooper, he would not take that misdemeanor.  Now we have to go in and try and get this expunged because he has to get it off his record in order to get a job.  He knows its going to be a fight but we will even go to the Appellate Court if we have to.
What are some of the biggest hurdles you face in this area of law?
I honestly face fewer hurdles because of my time with the Trial Lawyers College.  I used to think that there is no way I could have gotten that verdict, even though it was just a hung jury.  But because of TLC, I was able to tell his story, and go thru all the hoops and steps along the way to help him prove his innocence.   TLC just builds my confidence and has given me the tools to get around the biggest obstacles I face — the ones inside my head.
How has your strategy changed since attending TLC Regional Seminars?
Oh, it was real shallow before.  It was just to get the facts, do the trial just like every other lawyer, in chronological order, no pizzazz whatsoever, just present the facts.  With my training from the Trial Lawyers College, my work and preparation now is three dimensional.  The light was turned on and it’s just fully developed every single case and even how I interview clients now.  By the questions that I have learned to ask at TLC, I’ve gotten to know a lot more about my clients and about the cases, and I get better results because of digging deeper.  And I’m not only my effective for my clients, I am so much more content and fulfilled with my practice.
Tell us about your journey with TLC?
Rather than attend the 3-week program, because of my time constraints, I decided to do the “Seven step program” to become a graduate.  But now it’s turning out to be more than seven steps.  I just keep going to the Regionals, probably about 5 so far, because I really get a lot out of them.  You learn your own style and you learn that there is nothing wrong with it and you learn that you can do anything.
It was maybe the first or the second Regional, where I felt a lot more able, confident.  Before, I would think there was no way I could do a trial by myself. I had even asked a retired judge to help me out.  He said no!  So I had to figure it out on my own.  Getting the win in Dietrich’s case showed me that it is possible, I can do it.  So I guess that was the turning point.  Up until that point I thought “there is no way that I can do this.  I have to get somebody else to help me.”  TLC taught me otherwise.
What aimed you at the Trial Lawyers College?
I had looked into it in the early ’90s when I started my practice.  I saw Gerry Spence on TV talking about OJ Simpson in the early 90s.  I remember thinking that I would love to go to that College, but at that point in my career, I didn’t have the money.  And then I had a daughter and so it just didn’t happen.  Then about two years ago, I remember thinking “I wonder whatever happened with that Trial Lawyers College?” I looked it up and signed up that day!
And so you’re going to be graduating this summer?
I thought I was, but it turns out I have a few more courses to attend.  But a lot of times when people go to Trial Lawyers College, they just keep going to courses even after they have graduated.  The people you meet when you go to these Regionals — they are people who are devoted and they want to be the best lawyers they can be. It’s really the best training in the world.  I don’t think that I’m the only one that would say that.  You meet friends you stay in contact with forever.  So I don’t mind that I have a ways to go, but I do hope to graduate next summer.
Well congratulations Maureen — on your victory for your client, and on your own growth and accomplishments as a successful Criminal Defense Attorney.
Yes, and I say “thank you, Gerry Spence!  TLC training changed my life.” 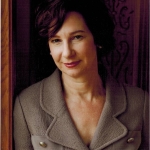 Maureen Williams, a Peoria, Illinois native, is a graduate of Creighton University and Hamlin University School of Law.  Maureen began her career as a CPA but upon working as a law clerk following her graduation, she realized criminal cases were the ones she enjoyed working on the most. She launched a private solo practice in 1993 in Minneapolis, devoting herself to the practice of criminal defense, DUIs and criminal appeals.  In 2004, Maureen relocated her practice to Peoria and she continues to represent clients in criminal trials and criminal appeals.
Laurie Goodman2017-12-27T10:59:19-07:00April 20, 2017|TLC Blog|